General Interest > Politics & Government > The Prison Diaries: The Rebel Who Founded a Nation

The Prison Diaries: The Rebel Who Founded a Nation 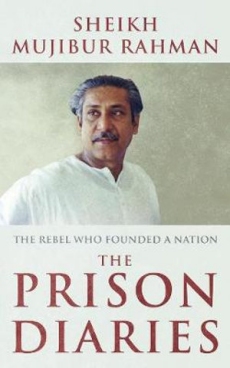 An unflinching account of life in a Pakistani prison by a founding leader and the first elected prime minister of Bangladesh.

Born in 1920, Sheikh Mujibur Rahman studied law. One of the founders of the Awami League in 1949, he later led his party to an absolute majority in the 1970 election, a key event in the emergence of Bangladesh. On 7 March 1971 he called for a non-cooperation movement, proclaiming: ‘This struggle is the struggle for freedom; this struggle is the struggle for independence.’ Later that month he issued a declaration of independence and was arrested by the Pakistan Army. Following the Bangladesh Liberation War of 1971, which occurred while he was still in jail in Pakistan, he became prime minister of Bangladesh in 1972 and president from 1975.

On 15 August that year, he and his family were brutally assassinated at home by a group of renegade Bangladesh Army officers. Soldiers ransacked the whole house, but—thinking that Mujib’s notebooks were of no interest—left them behind. These revealing diaries, which Mujib had entitled ‘A plate, a bowl and a blanket are the only things one gets in prison’, were later found among the debris.

Book Title: The Prison Diaries: The Rebel Who Founded a Nation
Title Release: August 2020
ISBN: 9781787383999
Author: Sheikh Mujibur Rahman
Format: Hardback
About the Author: Sheikh Mujibur Rahman spent almost one fifth of his life in Pakistani jails, on five separate occasions. His diaries, covering the years of his incarceration from 1966 to 1968, constitute a significant addition to the history of Bangladesh and the genre of prison memoirs.

Be one of the first to review the The Prison Diaries: The Rebel Who Founded a Nation.