Qantas and the Empire Flying Boat 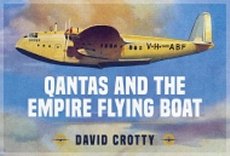 In 1938, Qantas Empire Airways operated 11 Short Empire flying boats, which flew the Sidney–Singapore section of the Imperial Airways London–Sydney air route and introduced a new level of luxury travel to the route. However, the outbreak of war in 1939 cut short this brief glamorous time and brought the Qantas boats increasingly onto the front line. Containing over 160 stunning illustrations, many previously unpublished, this book details the history of the Empire flying boats as they went from luxurious carriers to military service in roles that included the resupply and evacuation of the Allied military.

Be one of the first to review the Qantas and the Empire Flying Boat.