Eavesdropping on the Emperor: Interrogators and Codebreakers in Britain's War With Japan When Japanese signals were decoded at Bletchley Park who translated them into English? When Japanese soldiers were taken as prisoners of war who interrogated them? When Japanese maps and plans were captured on the battlefield who deciphered them for Britain? When Great Britain found itself at war with Japan in December 1941 there was a linguistic battle to be fought--but Britain was hopelessly unprepared. Eavesdropping on the Emperor traces the men and women with a talent for languages who were put on crash courses in Japanese and unfolds the history of their war. Some were sent with their new skills to India; others to Mauritius where there was a secret radio intercept station; or to Australia where they worked with Australian and American codebreakers. Translating the despatches of the Japanese ambassador in Berlin after his conversations with Hitler; retrieving filthy but valuable documents from the battlefield in Burma; monitoring Japanese airwaves to warn of air-raids--Britain depended on these forgotten 'war heroes'. The accuracy of their translations was a matter of life or death and they rose to the challenge. Based on declassified archives and interviews with the few survivors this fascinating globe-trotting book tells their stories.

Book Title: Eavesdropping on the Emperor: Interrogators and Codebreakers in Britain's War With Japan
Publisher: C Hurst & Co Publishers Ltd
Title Release: May 2021
ISBN: 9781787384729
Author: Peter Kornicki
Format: Hardback
About the Author: Peter Kornicki is Emeritus Professor of Japanese at the University of Cambridge and a fellow of the British Academy. The son of a Polish WWII fighter pilot, he was educated at Oxford and has taught at the University of Tasmania and Kyoto University. He is the author of many books.

Be one of the first to review the Eavesdropping on the Emperor: Interrogators and Codebreakers in Britain's War With Japan. 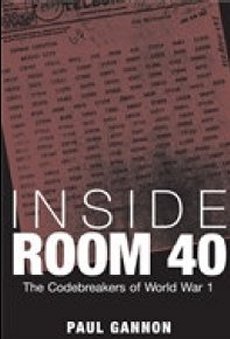