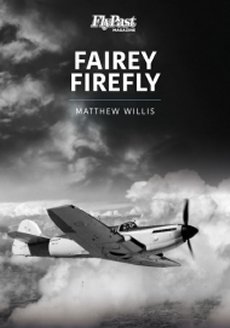 The Fairey Firefly two-seater strike-fighter emerged from a troubled gestation to become one of the most widely used and effective aircraft of the Royal Navy’s Fleet Air Arm. It first saw service in 1944 during the attacks on the battleship Tirpitz as it lurked in the Norwegian fjords, then served in the Far East as the Fleet Air Arm tussled with the kamikaze threat. It went on to form an important part of several embryonic naval air arms in the early years of the Cold War and performed a vital role in combat in Korea in the early 1950s. In this book, naval aviation historian Matthew Willis tells the story of this important aircraft using more than 160 photographs, many of them rare or unpublished, accompanied by a detailed commentary covering every aspect of the Firefly’s varied career from fighter, to sub-hunter, to pilotless target drone, in air forces all over the world.

Be one of the first to review the Fairey Firefly: An Illustrated History Historic Military Aircraft Series Volume 1.