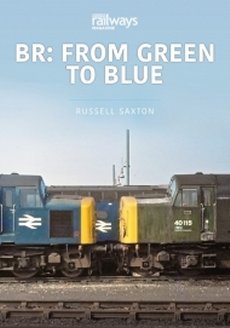 A fascinating but much overlooked era for the modern traction enthusiast is the changeover era from the old British Railways green and maroon to the corporate image Rail Blue of the new British Rail which stretched from the mid 1960s to the very early 1980s.

The attention of enthusiasts and rail publications of the era was focussed on the dying of the steam age and much of interest to the generations of rail fans who grew up with modern traction has lain undiscovered since.

This book aims to portray the many varied livery styles of the times worn by the locomotive, units and coaching stock of BR. It illustrates every major change of the green to blue period, including many little known and surprising combinations, and aims to answer many questions that have puzzled enthusiasts since.

Be one of the first to review the BR: From Green to Blue: Britain’s Railways Volume 4.